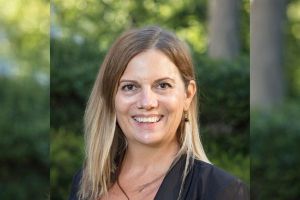 Tracy Hardy is a Gamilaroi woman, Accredited Practising Dietitian and Nutritionist and founder of Wattleseed Nutrition & Dietetics. I am a freshwater woman, with a matrilineal line of descent to the Barwon River region in North-West New South Wales. I was born and raised in a remote, river side pastoralist country town in South-West Queensland and have been lucky to call Gubbi Gubbi/Kabi Kabi country on Queensland’s Sunshine Coast, home since 2007.

Understanding the value and significance of traditional food systems and foods, Tracy strongly advocates their positive impacts on culture, food security, health and wellbeing for First Nation Peoples in Australia. In 2013, deciding to be a part of the change she wanted to see, she combined her passion for First Nations Peoples' health and wellbeing and love of food and commenced a Bachelor of Nutrition and Dietetics. During this time that she also conducted an honours project on the cultural safety of a chronic disease self-management program for First Nations Peoples in regional South East Queensland.

Tracy’s interest in Indigenous food sovereignty and food security stems from a strong sense of social justice and the burning desire to see a more just, equitable and fair Australia. With only around 1% of the profits from the multimillion-dollar bushfood and botanicals industry benefitting First Nations Peoples, whose sovereignty was never ceded from the lands from which these profits emerge, inequities and inequalities are evident and need to be addressed. Her hope is that researching with and for First Nation Peoples and Communities will assist in strengthening capacity and building coalitional consciousness, that influence positive change and benefit not only First Nations Peoples, but all people living in Australia.

Her goals include contributing to the revitalisation and protection of our traditional food systems and sharing of knowledges, and to the self-determination of positive change so that our children are able to receive this valuable cultural knowledge, and that all our children and children’s children enjoy the same length of life, the same quality of life, health and well-being.