Each day we provided a short summary of these (big) topics, with links to more information.

#BeBrave and Broaden the Conversation with us.

Self Determination and Sovereignty

Nothing about us without us

Self-determination and sovereignty are about being Indigenous on Indigenous country with whole identities and autonomous lives. It is about land rights and governance, language and law, culture and heritage, health and wellbeing. Indigenous people having control of the issues that affect them, bringing their knowledge to the fore.

Indigenous peoples' wellbeing across all facets of life depend on their ability to be self-determining. 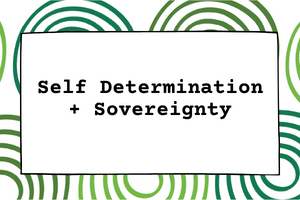 Contextualising reconciliation within self-determination and sovereignty

The notion of reconciliation fails to address the systemic injustices endured by Indigenous peoples as a result of colonisation. Action needs to be taken to ensure that there are treaties that support the sovereignty of Aboriginal and Torres Strait Islanders as the First Peoples, that there are Indigenous voices in our parliament.

There is so much to gain from embracing Indigenous knowledge, Indigenous culture, and Indigenous history. It’s time to address the power imbalance: Be Brave and  broaden the Conversation. 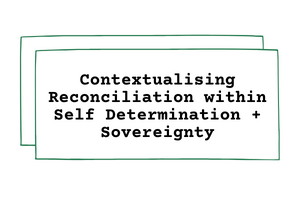 A politic of Indigenous refusal

Indigenous refusal is a self-determined state of citizenship that privileges Indigenous identity rather than its relationship with the state. This encompasses a refusal to engage in colonial ways of knowing, being and doing that promote the erasure of Indigenous knowledges, kinship, practices, nation borders, language and many other measures of sovereign indigeneity.

Refusal offers an alternative Indigenous citizenship paradigm and broadens the vision of Indigenous possibility. It challenges the concepts of recognition and reconciliation by removing the confines of comparison and celebrating Indigenous sovereign identity in and of itself. 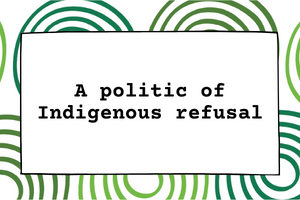 Resurgence of Indigenous ways of being

Indigenous resurgence is a process of decolonisation that specifically requires the repatriation of Indigenous land and life. It involves the regeneration of Indigenous intellectual, political, cultural, economic and social traditions and is a reinvestment in Indigenous ways of being.

Resurgence offers new (but old) ways of being that promote Indigenous-specific dialogue and truth-telling. It does not rely on ideas of difference, comparison or deficit-based approaches. 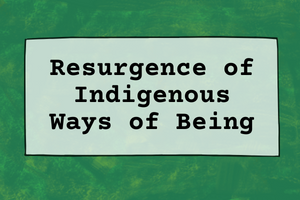 Beyond recognition - Sovereign nations and self-governance

Recognising Aboriginal and Torres Strait Islander people as merely existing does not shift the power imbalance and imposition of discriminatory policies and practices that deny the potential autonomy and sovereignty of the many nations of this continent. Recognition, whilst a prerequisite for change still calls for the dominant group to recognise the dominated. It is not an entrance to an equal partnership.

Reconciliation, premised on recognition that leads to ‘good relations’, has a long history in this country of avoiding the historical and ongoing practices that do not allow the full possibilities of Indigenous self-determination and sovereignty. Moving beyond recognition, Indigenous self-governance, voice and autonomy offer Australia the tools with which to re-set the ‘blak and white’ relationship. An Indigenous Voice to Parliament

The Uluru Statement from the Heart is an invitation to the Australian People from First Nations Australians to walk together with the establishment of a Voice to Parliament. The Yoo-rrook Justice Commission is the first formal truth-telling process into historical and ongoing injustices experienced by First Peoples in Victoria. It has built on decades of First Peoples’ activism for a truth and justice process.

Yoo-rroock will also make recommendations for healing, system reform and practical changes to laws, policy and education, as well as to matters to be included in future treaties. This is an act of self-determination.